Every countries in this world have their very own characteristic and regulations, which are depend on their culture, social, even political systems. But, in hazardous chemicals, almost all of them gave the same or similar treatments in order to keep their citizens save, including South Africa.

Binaparcyl is a colorless crystalline powder which have a faint aromatic odor. It is mainly used as acaricide in agricultural practice. But as we know, that this is a list where you can find a lot of banned chemicals, they must have a reason why are they banned, right? So does this chemicals. It is harmful if swallowed, in contact with the skin, and even damage fertility or the unborn child.

This chemicals may affect the metabolism, such as high body temperature and sweating. If you inhaled this chemicals, you might need artificial respiration. As for the environment, it is very toxic to aquatic life, thus it results in long lasting effect. Liquid formulations that contain organic solvents can be flammable, and it gives off toxic fumes in fire, including nitrogen oxides.

If you find an orange-brown liquid or solid, but orange crystals when pure, then it might be dinoseb. Dinoseb is a chemicals with a pungent odor that is used as a plant growth regulator, insecticide, and herbicide. This chemicals has a corrosiveness to mild steel in the water. The use itself not just as an agricultural chemicals, but also for plasticizers, wood construction materials, food packaging, plastic and rubber products, toys, sporting equipment, and so much more.

Despite its uses, it has a long list of hazards for human and environment. It is fatal and toxic if inhaled, swallowed, contact with skin—as it  cause irritation and even allergic reaction–. Watch out! If your eyes is exposed to it, it might results in serious damage or irritation. Just like binaparcyl, it is also dangerous for fertility or unborn child. Beside that, this is a dinitrophenol herbicide. It is dangerously explosive, it got ignited and burned vigorously. Worse, on decomposition, nitro compounds produce toxic fumes.

Chlordecone or known as kepone is a highly chlorinated polycyclic hydrocarbon which is found as an odorless, colorless, tan-whilte crystalline solid. It is toxic to mammals and results in abnormal cellular changes in animals laboratory. So, it was banned from South Africa in 1971.

Kepone was used as an insecticide on tobacco, bananas, citrus trees, and in ant traps. If we inhaled or ingested it, it might results in neurologic impairment, such as anxiety, irritability, memory disturbance, headache, tremors, stuttering, slurred speech, and so on. It is also said to be carcinogen, as it caused liver cancer in animals.

Monocrotophos is a coloreless crystals with a mild ester odor, some products shown as a reddish-brown solid chemicals. It is mainly used as a insecticide for cotton, sugar cane, potatoes, peanuts, tomatoes. Hence, it is very toxic. It is suspected of causing genetic defects (germ cell mutagenicity). In heat of fire, contained may explode, as it emits toxic fumes.

Leptophos is a white crystalline or colorless amorphous solid. It is mainly used as an insecticide, but its registration in the Republic of South Africa was suspended in 1980. The signal of this chemicals is danger. It is fatal if swallowed, in contact with the skin, moreover, it causes damage to organs by single exposure. This chemicals is very toxic, it might cause death or permanent injury by exposure, even if it is in its normal use.

Acute exposure to it may results in sweating, blurred vision, headache, dizziness, mental confusion, vomiting, diarrhea, anorexia, and so on. As for the respiratory, dyspnea (shortness of breath), pulmonary edema, respiratory depression might occur.

Dimethylamine salt has the characteristic of a brown liquid chemicals, white as crystals, and it’s odorless, though. This herbicide has a hazards effects on human, such as producing local skin, eyes, and mucus membranes irritation. Due to its hazardous characteristic, in 1991, aerial application in Natal was banned and totally prohibited in parts of the Camperdown, Pietermaritzburg and Richmond.

Its primary hazards is to the environment, since it is in a liquid form and could easily contaminate the soil and water systems. That’s why a step to limit this herbicide’s spread to the environment is considered necessary.

Like the other chemicals which produce usual signs of overexposure to hazardous materials, this chemicals also affect our body and results in various health problems. Contact with dicamba cause burns to the skin and eyes.

Another signs of exposure to this chemicals are appetite loss, weight loss, vomiting, depression, muscular weakness, and even death if the quantities of inhaled, ingested, or absorbed through the skin are sufficient enough.

Triclopyr is a white or colorless fluffy crystals that is used as herbicide that acts via the auxin system in plants. This herbicide The substance can be absorbed into the body by inhalation of its aerosol, through the skin and by ingestion as it causes redness and cough. In a higher level, it might develop a metabolic acidosis and coma with cardiovascular impairment. 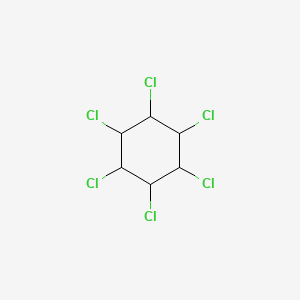 Lindane is a colorless to white colored, synthetic , crystalline solid with a musty odor that produce toxic fumes of hydrochloric acid when heated to decomposition. It is used as an insecticide for fruit and vegetable crops. That’s why exposure to this chemicals may be from eating contaminated veggies.

It is toxic to humans, as ingestion of lindane can results in irritation of the nose and throat, also effects on the blood. In a chronic level, it affects the liver, blood, nervous, cardiovascular, and immune systems as well. Some Animal studies shown that lindane may cause bad on liver carcinogen. It is also classified as Group B2/ C, possible human carcinogen. Indeed, there are many list of banned chemicals in South Africa that can be so dangerous if it contacts to human.

24 List of Chemicals Used in Dyeing Industry – Types and Uses

Harmful Chemical Banned By The EPA In 1977 – The Substances