Chemist is a person who deals with chemistry as his or her field and focus on its expertise. However, the way to become one is not as smooth as silk. Several notable chemists known for their hundreds failed experiments but ended up succeeding and discover important invention and facts.

List of Chemist Who Has a Solution for Not Succeeding

Moreover, in the past, technology was not as advanced as today and as a result, what is simple in nowadays science was a matter of life and death. To know more about the life of the chemist, here is the list of chemist who has a solution for not succeeding. 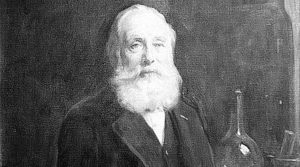 Sir William Henry Perkin is a notable chemist and was a passionate pharmacist wishing to find the cure for malaria. His attempt of synthesizing quinine to treat malaria was a failure. However, he was able to discover organic dye from his few experiments.

The organic dye he found is a synthesized anilinine. Mauveine, the organic dye he found is a famous color especially in hair and fashion industry. At first, he worked in his quinine with his collegue, but found out mauveine instead. As the color fascinated him, he finally got the patent in 1858, marking his accidental discovery as a success. Also read: Importance of General Chemistry to Criminology Field

John Walker worked as surgeon but failed his profession. After that, he turned to chemistry and began his own experiment. At first he was interested in pharmacy but later was induced to work on finding how to spark fire in the not conventional way.

Walker invented friction match that become widely used by accidentally sparked fire in the attempt of scraping off dried chemicals of his mixing. Rejoiced, he sold the product in his pharmacy in the and refused to patent the invention as contribution to mankind. However, many delinquent ripped off his idea and he stopped produced it on his own. Also read:  mportance of Chemistry for Engineers and Its Application in Industries 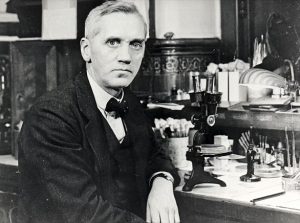 Here’s the list of chemist who has a solution for not succeeding. A great chemist who uncovered one of the crucial chemical in pharmaeutical is Sir Alexander Fleming with his discovery of penicillin. Fleming was already a great bacteriologist but he was not so sure of paving the way in chemistry.

Leaving a messy leftover of his conducted experiment, he soon found out that the bacteria died of other bacteria. After that he called it penicillium notatum.

Later, his work is perfected by Howard Florey and Ernst Chain resulting in Nobel Prize for the three of them. Surely this is a notable discovery upon an accidental experiment. Also read: List of Filipino Chemists and Their Contribution

Becquel is one of the chemist who has solution for not succeeding. His early interest was in the development of x rays. After knowing this discovery, he attempted to conduct experiment by exposing photographic plates in order to absorb x ray. However, as the sun does not shine that brightly at that time, the experiment failed.

Yet what he did not notice at first is that even though his hypotesis failed, the experiment itself proved that x ray comes from uranium salt that is radioactive and has its disadvantage. It has been known that several chemists end up with terrible disease for not knowing x ray to be radioactive. Therefore, he found solution for not succeeding his original attempt. Also read: Importance of Organic Chemistry in Food Industry

Back then when low calory sugar was not exists, case of diabetes was high and Fahlberg unintentionally invented saccharine that at that time was the early synthetic sweetener around. In the beginning Fahlberg was experimenting on coal tar and did not yet found any success on it.

However, he once forgot to wash his hands and he used the hands to pick up food. The food tasted sweet from direct contact with his hand. later on, he found out that mix of o-sulfobenzoic acid, phosporus acid and ammonia creates sweetener called saccharine. Also read: List of Chemistry Experiments for High School

Charles Goodyear was long struggling in finding beneficial invention until he finally designed vulcanized rubber. He was desperate to find substance from rubber that does not melt in the sun or freeze in the cold. Even he had to face financial struggle until he finally able to find solution for not succeeding. After he applied nitric acid on rubber that is painted gold, he was disappointed that the rubber turned black.

Later he tossed the rubber but retake it to find that the rubber hardens. After that, he experienced it with sulphur but to no avail. The final process was when he tossed the rubber and found it become smooth leathery rubber. Turned out it was because the rubber landed on stove and absorbed the heat. That is how failures turned out to be great invention.

Another chemist who has solution of not succeeding is Harry Coover Jr. In the beginning, his determination remained grand that involve war and weaponry. However, at that time little did he know that he would found out domestic stuff instead. For the first, he failed experimented with acrylates hoping to find something deadly but resulted only sticky substance.

In 1951, again he experimented with acrylates for jet cockpits, when his collegue spread it out and made two lenses stuck together, he realized that his failed experiment could be worthy. Later on, the sticky substance he discovered is called Super Glue, common glue in household and industry.

Other Chemists Who Has Solution for Not Succeeding

Here’s more list of chemist who has a solution for not succeeding:

Experiment and invention are endless and they cost unwavered determination and dedication until the right invention found out. The chemists on the list are few of those who found solution and turned their experiment from failure to success. Surely, it shows how chemistry relies on a developing experiment in which room of invention and improvement is always open.