The Australian chemical industry has hired more than 50 thousand people and contributes around $145 million annually to the Australian economy along with other science fields. Chemistry is still the more popular science field among the other.

There are many Australian chemist that has impact in the Chemistry field. Here are the list of chemist in Australia and their contribution: 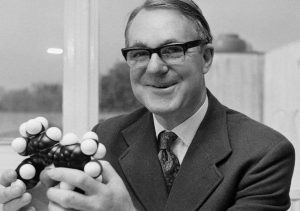 Sir John Warcup Cornforth Jr. (Born September 7th 1917) was an Australian–British chemist. He was notable for winning the Nobel Prize in Chemistry for his work on the stereochemistry of enzyme-catalysed reactions in 1975. In 1993, Sir John Cornforth got admitted to University of Oxford by winning the 1851 Research Fellowship from the Royal Commision for the Exhibition of 1851.

At the University of Oxford, Sir John Cornforth joined a team that developed the penicillin antibiotic. After finishing the developing of the antibiotic, he focused on his own chemistry research about stereochemistry from various chemical reaction. In that research, Sir John Cornforth, with the help of Vladimir Prelog, studied an enzyme that activates the changes in chemical compounds. The result of that research helped in the growth of many other research, the notable one was the discovery of cholesterol-lowering drugs.

Several papers that he co-worked can be seen as listed below. 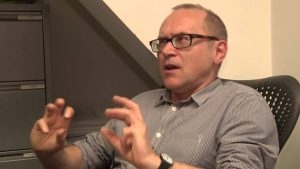 Amyand David Buckingham (Born January 28th 1930) is an Australian chemist who primarily focused in chemical physics. A. David Buckingham was appointed Professor of Chemistry at the University of Cambridge (United Kingdom) and he is currently the Emeritus Professor at the same university. Professor Buckingham’s focused on the measurement and understanding of the electric, magnetic and optical properties of molecules.

One of his notable contribution in scientific research is the theory of intermolecular forces. He has also co-worked with other scholars regarding to Chemistry-related research like The Hydrogen Bond and many more that can be found in scholar publication sites. Several Buckingham’s work can be seen as listed below.

(Read: Chemists Who Contributed in the Development of the Periodic Table)

Arthur John Birch (Born August 3rd 1915) was an Australian organic chemist who was notable for developing the Birch reduction of aromatic rings which is widely used in synthetic organic chemistry. Birch’s development (The Birch Reduction) enables the modification of steroids, which is a biologically active organic compound with four rings arranged in a specific molecular configuration.

The Birch reduction also allows the development of steroid drugs and antibiotics. Arthur Birch also made the first simple synthesis of the ring A-B structure of cholesterol. Throughout his career span, Birch has published over 400 scientific papers and reports. Several works by Birch is mentioned as listed.

(Read:  Chemists who Work in The Biotechnology Field)

Adrien Albert (Born November 19th 1907) was an important figure in Australia. He was the one who introduced Medicinal Chemistry discipline within Australia. Albert also authored many books on Chemistry, like one on selective toxicity which is probably Albert’s contribution to the medicinal chemistry.

He also had a great contribution regarding a research in heterocyclic chemistry. That research, was later, made into a book entitled Heterocyclic Chemistry which was first published in 1959. (Read:  Chemists Who Worked on The Manhattan Project)

David Parker Craig (Born December 23rd 1919) was an Australian chemist. He was the Emeritus Professor at the Australian National University in Canberra. He was notable for his contribution in Physical Chemistry and

Theoretical Chemistry to the Australian society. Craig’s best-known research includes the fields of quantum theory and spectroscopy of aromatic molecules, molecular crystals, quantum electrodynamics and chirality. He also contributed in cyclic inorganic systems such as phosphonitrilic halides. (Read: Chemists Who Design Fireworks are Experts on Many Kinds of Explosions)

Edward Henry Rennie (Born August 19th 1852) was an Australian Scientist. Rennie was best known for becoming the president of the Royal Society of Australia. He also studied the development of chemical manufacture.

Alexander Boden (Born May 28th 1913) was an Australian manufacturing chemist, author and publisher (of science textbook), and philantropist. Boden had a great contribution in publishing a book in chemistry. His notable book was A Handbook of Chemistry which was the first book that he authored. Other books that he published includes:

Indeed, that’s the best list of chemist in Australia and their contribution. Their achievements in Chemistry field has been so useful for us now in today’s life.

What are Common Uses of Acetone and Formalin? Brief Explanation Here!