Indian chemists are more focused on the treatment system than looking for ways to make gold. Unlike China, Indian chemists do not need to focus on fluids for eternal life but rather emphasize certain diseases with the aim of prolonging life.

In India, there are some of chemists that have many contribution to our life, such as : 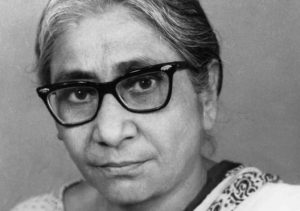 Although at that time an unusual thing for a woman in chemistry, Asima Chatterjee successfully graduated brilliantly from University of Calcutta.

Asima joined Lady Brabourne College at Kolkata University in 1940 as the founding head of the chemistry department. She then continued her studies and earned a master’s degree in organic chemistry, before becoming the first woman in India to hold a Doctorate of Science degree in 1944 throughout the history of Indian college.

In 1954 Asima Chatterjee joined the University College of Science institution at Kolkata University as an associate professor in pure chemistry. In 1962, Asima was awarded the Khaira Professor of Chemistry at the University of Kolkata and served until 1982. Chatterjee was nominated by the President of India as a member of Rajya Sabha from February 1982 to May 1990.

Throughout his life, Dr. Asima Chatterjee focuses on studying the various types of plants in India that can be processed and used for treatment.

Her research was also known to contribute greatly to the development of drugs to treat epilepsy and malaria. However, Dr. The most recognized Chatterjee’s contribution in the world comes from her research on vinca alkaloids.
Vinca alkaloids themselves are compounds extracted from plants grown in Madagascar. Now, the compound is often used in the chemotherapy process to help slow the development of cancer cells.

Because of her hard work and dedication to the medical and scientific world, he received numerous prestigious awards. One such award is an award from the Indian government named Padma Bhushan.
And in 1975, she became the first woman appointed as chairman of the Indian Science Congress.

In her life, he had a daughter named Julie, her daughter with her husband Dr. Baradananda Chatterjee. Asima Chatterjee died in 2006 in a nursing home at the age of 89.

He became a member of Rajya Sabha, the high council of the Indian Parliament, from 2000 to 2004. He was awarded Padma Vibhushan, the second highest civilian award in India, the award was for his contribution towards Public Affairs.

From 1983 to 1992,  he became chancellor of Aligarh Muslim University, Aligarh and has also been the director of the Jammu & Kashmir Bank.

Dr. Kidwai was a member of the following national institutions,committees, and organizations :

More List of Chemists in India and Their Contribution

Well, there are more list of chemists in India and their contributions that useful for nowadays life.

4 Differences between Reduction and Oxidation – Definition and Examples