Periodic table is the essential table in chemistry where it holds the list of chemicals in basic. The creation of periodic table took a long history. It is because each element discovered by different chemist. The periodic table has the chemicals or elements in ordered atomic number. 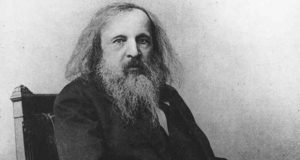 The first chemist who designed periodic table is Dmitri Mendeleev. He is a Russian chemist who first forumlated Periodic Law. When he first saw some of the discovered chemicals, he decided to create a better table to classify those elements into a more coherent table.

The first created periodic table was in 1863 where there were 56 discovered elements. At the very first he was just trying to write a text book for his students when he realized that there is pattern between the elements. After that he attempted to classify the elements and created his first periodic table. 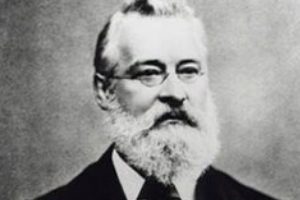 For a boy who was home schooled instead of going to regular school, Newlands already showed a keen interest of chemistry. His law of octave is that every of the element will have pattern of behaviour from each 8 elements row. 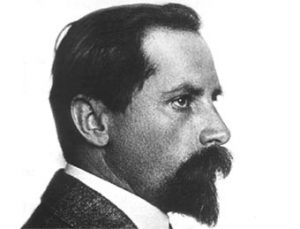 He discovered thing that Newland also found by finding the pattern of the existing chemical elements. His theory of classifying chemical is by making graphic with atomic number as the ordinate.

The result is that the peak of the electro positive performance is because of the atomic weight. By him finding this, he perfected the periodic table relation. For his extensive contribution to the chemistry especially in the development of periodic table, he received Davy Medal. 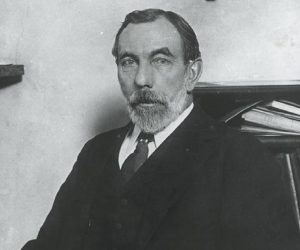 Gases were rare case of discovery because of its unapparent nature. But with his way of isolating argon and other chemicals, he successfully created new section in the current periodic table. This marks him as one of the most influential chemist. His discovery also leads him prize of Nobel in chemistry that further prove him to be excellent chemist. 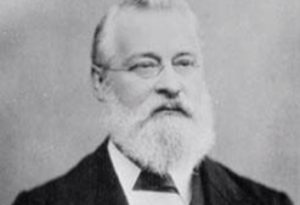 Chancourtois is a French chemist who contributed to the significant development of periodic table. His specialization was once a geologist but life took turn in which he became interested in chemistry.

He observed that certain atomic weights hold certain characteristics that elements with similar atomic weight tend to have a pattern.

After that he drew the pattern periodically and drew the line that connects the dot of the particular elements with similar atomic weight. By now it gets easier to classify elements such as metal or non metal because of his periodic arrangement.

The order of the periodic table is not always following order. Mendeleev saw it right away but the reason why some are exceptions were not known until Henry Moseley found it out. Based on Royal Society of Chemistry, Moseley found out that some elements do not follow the pattern based on the atomic numner and atomic weights.

These chemicals are iodine, tellurium and many more. Beside that, he conducted experiment by firing x ray gun to some samples of the elements. Because of this experience he found out that some chemicals go against completely atomic number and they created perfect straight line by that. Because of this, Henry Moseley completed the developing periodic table. 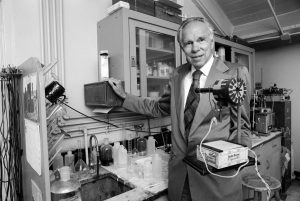 Glenn Seaborg is a prominent American chemist who once part of Manhattan project.

The reason of recruiting is due to him being the discoverer of neptunium that later also beneficial in the creation of atomic bomb. Because of his discovery, he added to the periodic table of actinides group.

Later on he also contributed to the theory of atomic explosion which make him a famous chemist. For his contribution in chemistry, the element of 106 later gets renamed as seaborgium. This element is the only one named after human. Related to Chemists Who Worked on The Manhattan Project.

The development of periodic table is sure taking time. The reason why is because scientists keep discovering elements and the richer the elements, it means more change to the periodic table. Nonetheless, since the pattern is successfully discovered by the chemists above, it is a big step of advancement toward the future of chemistry.