Before western developed science, the development of science was already skyrocketed in Arabic country. There are many geniuses who come from this region including some chemists. It is a fact that chemistry flourished in Arabian as there are many Arabian chemists who got successful in their experiment. One of the experiments is developing apparatus for distilling mixtures. There are some Arabian chemists who first developed apparatus for distilling mixtures and here is the list of them.

Also read: Chemists Who Design Fireworks are Experts on Many Kinds of Explosions 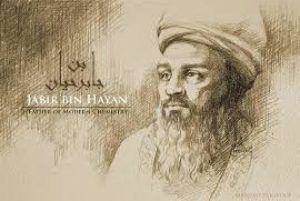 Jabir Ibn Hayyan is one from the early era of chemistry development who first develop apparatus for distilling mixtures. He was born in either 721 or 722. There was not much found about his life as he was in a too early era. His father involved in some political dispute that made the authority executed him just a few times after Jabir was born. After graduated from school, he reconciled with the caliphate and able to practice his medical and chemistry practice.

Jabir Ibn Hayyan began working as medic first before he found some chemistry experiment. Hayyan prepared a potion that able to cure a maid by himself. He distilled mixture and create category for quality of warm that was nonexistent at that time. He also theorized about the artificial production of living species. Because his theory conflicted with some of the religion practice, he was in danger of getting executed and fled to Kufa after it. Nonetheless, his countless contribution remains important as the sole of chemistry development.

Razi is one of the greatest chemists with his outstanding discovery. He was born in Rei city where it was near the Great Silk Road. The road itself is a strategic way of people exchanging stuff between eastern and western people. In his youth he moved to Baghdad and practiced medical on a hospital. Ever since that, his career as chemist and physician rose to his peak.

He was the first to introduce sulfuric acid and the one who accurately described smallpox in such early era. He is also the author of books that deal with organic and inorganic compound. Moreover, he also wrote home medical book that he compiled from his knowledge of chemical in nature that help to cure disease. Razi also encouraged scientists not to blatantly believe unchallenged theory from predecessor and to do more research as they are now better equipped.  His finding of mixing and distilling chemical as a cure is greatly significant to both medical and chemistry world. 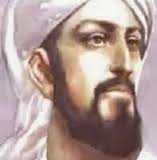 Before being an influential astronomer and chemist, Maslama Al Majriti was born in Andalus (now is known as Madrid, Spain). Andalus was part of Arab and he himself is a muslim. His interest on science grew as he self-study some of the books from Greece. Determined that experiment is better than just pure assumption and theory, he found himself in an immerse work as astronomer,chemist, and mathematician. He died on age 57 and there was little note or biography except for his outstanding works.

He has various works that were more known after his death. One of his famous work is his distilling way of observing and discovering mercuric acid. Not only that, he was the one who discovered purification of metal process that is truly beneficial  to chemistry. From his experiment of mercuric oxide, he also found the conversion of mass. His massive contribution records later spread on western community after he died but it somehow is not the same as the original as christians change it to fit their agenda. Nonetheless, his discoveries remain priceless. 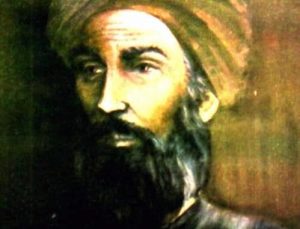 Abu Al Qasim Khalaf Al Zahrawi or best known as Al Zahrawi was born in Azahara, Andalusia. He lived, studied, and taught in Cordova. He was an excellent student with huge curiousity toward curing people. During his study, he experimented on some cure for people and mix chemical distillation to produce medicine. He died two years after the sack of the calipath era.

People named him as the father of medicine. His vast works include experimental cure that successfully worked for people. He also found some of the distilled chemical that works against many  disease culprits. He published many books that later got recognition after his death. Not only that, he is also known for his work in chemistry and surgery as well. He found the surgery technique to get rid of wart by utilizing the simplest and cleanest way to operate surgery.

There are many more other Arabian scholars and chemists who contributed a lot to the chemistry.

Some considerations when it comes to regard Arabian scholars are:

Measuring pH Value of Water in Chemistry – Formula and Examples

6 Importance of Chemistry in Environment – Uses and Fields

10 Scientists Who Contributed to The Atomic Theory – Biography – Inventions