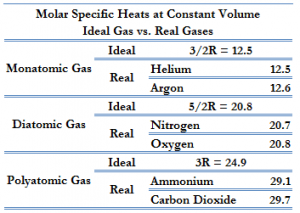 Gas is a form of particles that move freely without being seen. The smallest part of the particle is called the atom. It turns out that the atom itself is composed of electrons (negatively charged particles) that surround the nucleus which has protons (positive mutant particles) and neutrons in it.

Gas atoms can be monoatomic, diatomic and poliatomic. The following examples of monatomic and diatomic gases.

Monoatomic gas as the name implies mono means single is a feature of simple ions which are only one single atom. A stable monoatomic gas for example is a noble gas. Besides the noble gas monoatomic gas is unstable. The noble gases in the periodic system are class VIIIA. The least gaseous gas in nature. This element is largely unreactive because the electron configuration is unstable. Here are 6 examples of monoatomic gases, explanations and their functions:

The nature of helium gas is inert or light, non-flammable and at low boiling point is not reactive. Its function:

Here is it: Helium Uses in The World

Is noble gas that is not reactive. Gas in low pressure tube, if it is given electric voltage, it will produce red light with high intensity.

The argon noble gas is also equally inert (lightweight) and non-reative, so it is safe to use for:

Krypton properties that benefit us is when given the electrical charge it will produce white light with high intensity. So it can be used for:

Just like krypton if it given an electric charge will produce a very bright white light beyond krypton. Therefore the price is very expensive. Its function is:
For photographic flash lamps

Radon is the most radioactive gas than any other monoatomic gas element. This gas serves to:

Examples of other monoatomic gases are the aniom which are Cl-, F-, I-, but they are unstable.

In Greek, di- means two, the diatomic gas is a molecule formed by two atomic elements. Generally a covalent bond and its content is widely present in nature. There are two kinds of diatomic gases such as Nitrogen (N2), Oxygen (O2), Hydrogen (H2), etc. Another heteronuclear diatom gas are compound of NO, CO, HCl. Here are four examples of diatomic gases and their explanations and functions:

Examples of other monoatomic gases are the aniom which are Cl-, F-, I-, but they are unstable.

Nitrogen is the most abundant element in the universe. Its presence on earth is about 78% in the Atmosphere. The nature of nitrogen is less reactive so it is difficult to react with other elements, inert (lightweight) and easily evaporate. With those characteristics of the nitrogen, it can be utilized as follows:

Oxygen is an abundant gas after nitrogen. Its existence fills the earth’s atmosphere around 20.9%. Colorless and odorless, yet everyone can feel through the breath. The process of breathing or respiration requires oxygen. Its function is vital to human survival in this world. Oxygen is very reactive and easy to react with other elements. Here’s the oxygen function:

Hydrogen is the lightest element in the world (inert). The word “hydrogen” is taken from two words in Greek, hydro, which means water and genes which means to form. It is highly flammable, colorless, odorless and single-valent. Its function are :

Here is it: Hydrogen Uses

Nitrogen Monoxide is a heteronuclear diatom molecule composed of two different elements, namely Nitrogen and Oxygen. Basically these compounds are free radicals that come from the result of burning of fossil fuels and is naturally generated from lightning when releasing electricity. Its benefits are :

Thus explanation of examples of monatomic and diatomic gases May be a useful knowledge for all of us.

5 Side Effects of Hydrogen Peroxide in Ear Treatment