Science keeps developing and without the scientists in the past, some theories and technologies may not have existed. However, to some extent several scientists in the past had to deal with unpleasant and even dangerous situation as their ideas got them into trouble just like some Scientists Who Experimented on Themselves and Died Tragically. The difficult situation was not without reason.

The border of scientific experiment with humanity as well as social construction is very close and often those scientific faced problems as their ideas may crossed the rule. Below is the list of controversial scientists who got in trouble for their ideas. 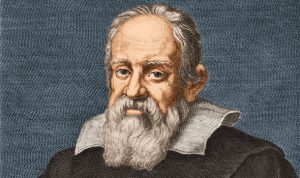 Galileo Galilei is a physician and astronomer famous for his heliocentrum theory. Behind his phenomenal and science contributing theory, he suffered mistreatment and had to live in jail until he passed away in jail. His observation supports Nicolas Copernicus theory that says the earth is round.

He then observe that it is not the sun that is moving around earth but it is the earth that moves around the sun. Therefore, sun is the center of galaxy and earth is not. His idea was greatly opposed by the church as they believe that the earth is the center of everything. As a result, they prisoned Galileo as well as making his life difficult before the caught him. Galileo still accepting visitor until he died in his cell. 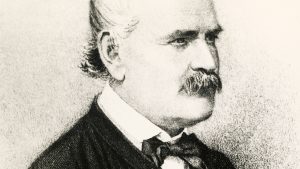 Ignas Semmelweis was one of the unfortunate scientist who got rejected for his idea in sanitation. When he saw that a disease spread quickly, he summarized that it because the medics did not wash their hand and therefore the action leads to spreading germ.

The mortality rate went down 1 to 2 percent after he told the medical student to wash hand. however, doctor in Europe rejected and even mocked him thinking Semmelweis was offending them calling them dirty. Because of the rejection, he went into alcoholism and then people around him sent him to mental asylum. Little did people know that Ignas Semmelweis idea was very important and now become the basic of sanitation. There are more scientists who got in trouble for their ideas.

Rhazes is a scientist from Iran who underwent painful judgement because of his medical book. At first, he did the order for teaching western philosophy into Arabian world.

Later he wrote a book that has the amazing understanding of medics. Continens Liber, the book whom he writes about medicine became famous.

However, a doctor took offense and insisted him to get punished by beating him over the head with his work. Because of that, Rhazes became blind and thus cannot continue his experiment.

Michael Servetus is important as he is the one who discovered the pulmonary circulation. His experiment proven success and contribute a lot to the basic science. But at the time he wrote the book, he also faced problems because of his idea of reforming Christianity.

He escaped the Catholic judgement but later got prosecuted by Protestant church. They arrested Servetus, tortured him and even burned him along with his work thinking as him as a sinful man with crazy idea. The remained work of his was the one proving how important his discovery is.

All Henry Oldenburg wanted at that time was to publish high quality science paper but the he later accused as being spy. Oldenburg decided to found Royal Society in London. He then corresponded with many scientists and sources across many countries in order for him to publish and publicize unknown science discovery.

But then some countries regard him as spy, thinking his correspondency is an act of spying the country’s secret. As a result, the authorities held Henry Oldenburg in Tower of London in the duration of several months. You may also read about Scientists Who Contributed to The Atomic Theory

Gerhard Domag was the discoverer of antibiotic. At that time, he should have received Nobel Prize in 1935, but the Nazi system prevented and forced him to accept the prize due to a Nazi critics who won the Nobel the previous year.

They think that it is unacceptable to accept award from an organization who awarded anti Nazi. Domagk refused to do so but then Nazi prisoned him for a week because of his refusal. Finally Domagk was able to receive the prize in 1947. However, he did not get the cash from the prize because of the trouble he once got into. You may also read about Scientists Who Contributed to Evolution Theory 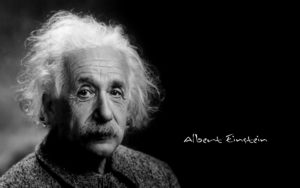 Albert Einstein is really famous of his theory of relativity but he sent himself to United States with a reason. His work and his belief made the right wing Jews of German society despised him.

The people of the society tried to took his post in Berlin and almost make him expelled from Prussian Academy of Science.

Moreover, they burned the work and books of his. Seeing the animosity of his own country, Albert Einstein sought refuge to United States and never come back to Germany. He also alarmed the president of United States at that time, Frank Roosevelt, of the atomic weapon Germany was developing. Albert Einstein is also among Scientists Who Are Also Artists

Other Scientists Who Got in Trouble for His Ideas

Below is the list of scientists who met unfortunate fate for their ideas:

Those scientists who got in trouble for their ideas and belief where the society was so conservative and not really open to change. Especially when the Church and Nazi rule their country, there is so much risk of being a scientist. Nonetheless, some of them did contribute to science for their crazy ideas.

List of Chemists in India and Their Contribution to The World

Why Do Scientists Learn Artifacts from The Past? Here’s The Brief Explanation