Atomic theory is one of the most basic and important study in the chemistry. Atomic theory gives the basic understanding about atomic structure which also presents the properties of chemical element and matter. There many atomic theory which are very influential not only for chemistry theory, bu also to other studies like biology, physics, mechanical and many others. One of the modern atomic theory is the atomic theory by Louis de Broglie. 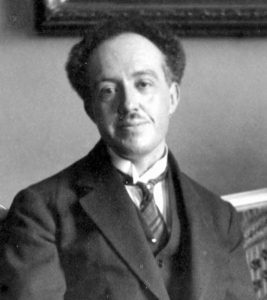 Louis de Broglie can be considered as on of the influential person in the physics and chemistry study. He was born in France in 1892. He was the Professor in the Sciences Faculty at Paris University. He worked in France to perform research about general physics, including quantum theory.

Louis de broglie attended Lycee Janson of Sailly to get his science degree in physics. He ever lived in the war period in 1914-1918. At that time, he still kept his interest in science by learning some technical problems at the Eiffel Tower. He discovered his quantum theory in the 1924 in his thesis for doctor’s degree.

In performign this quantum theory, he greatly affected by the dualism properties of light theory. Before de Broglie, Einstein mentioned that the short wavelength of light can be observed as it consists of some particles. Then, Louis de Broglie successfully discovered the dualism in the matter. After discovered the quantum theory, in 1929 Louis de Broglie received his first Nobel Prize for Physics. He was recognized for his discovery in electrons’s wave nature.

Louis de Broglie developed his theory in 1929. In his hypothesis, he stated that electrons have the properties of particles and waves. He came up with this thought after the discovery of dualism in light previously. Light posses the dual properties as particle and wave. Louis de Broglie then believed that matter or electrons might act just like light. He mentioned that electrons create the waves in certain orbital around the nucleus. He called this wave as standing wave.

Louis de Broglie quantum theory successfully explained some questions about the previous atomic model, especially about the electron movements. From the experiment before, we knew that electrons moved around the nucleus in the path called orbits.

However, there were some restrictions to these electron movements and electron orbits. Then, Luois de Broglie quantum theory was able to give the answer to this question at that time. The standing wave made by electrons during its movement is the cause of those restrictions. The wave of electrons must have shape which doesn’t fit the atomic boundaries.

This wave will interfere and cancels out which create such a restriction in electron motions and orbitals. This quantum theory also gave the newer atomic model which answered the flaws of Bohr’s atom theory. Louis de Broglie quantum theory gave such a strong impact to the atomic theory and chemistry in general. This theory also greatly contributed in the physics study, especially in the quantum physics study.

Previously, Bohr described that electrons move in the circular shape orbital around the nucleus. Louis de Broglie then explained that this electron path is not orbit. It was the complicated standing wave patterns which are produced by electrons during their movements. The dualism of matter could explain the properties of particle and wave in the electrons in atom.

Bohr stated that there ares certain electron orbitals which are stable. He called these orbits as stationary orbits. This point is actually true, but Bohr could not explain in detail about orbit stability at that time. Louis de Broglie theory then could prove that there are standing wave patterns (instead of orbital) which are stable. He could explain this restriction with its relation to the electron wave properties.

Bohr said that electron will absorb the energy when it moves form the lower orbit to higher orbit. In contrast, electron will emit the energy when it moves from higher orbit to lower orbit. The energy form is actually the light. This point is nearly true, but we now understand that electrons don’t move from one orbit to another obit. Instead, electrons move from stable standing wave pattern to another standing wave patterns. Louis de Broglie described this phenomena as resonant coupling.

As we mentioned before, Louis de Broglie quantum theory gave the strong impact to many studies especially in physics and chemistry. His discovery were the basic principle used for the conducting the research about wave mechanics theory.

This quantum theory obviously enhanced our understanding about physical nature in the atom scale. In the chemistry study, this quantum theory can give the basic information for predict the different type of hydrogen element. With this theory, scientist conducted experiment that showed hydrogen could be in two kinds based on their nucleus’s angular momentum orientation. We can see the applications of Louis de Broglie quantum theory in popular tools like laser, computer / microprocessor, microscope and other micro-electronic devices.

After Completing B.Sc in Chemistry, Which Courses Will Be the Best For Good Future?

Measuring pH Value of Water in Chemistry – Formula and Examples